Political system in easy to read and understand language (FALC)

Context: Following the vote of 29.11.2020 restoring the right to vote in Geneva for all persons with general curatorship, ASA-HM created a training course on the political system and the exercise of the right to vote in FALC. The training sessions highlighted the heterogeneity among the participants, some of whom had difficulty understanding and appropriating the concepts addressed. The material therefore had to be adapted to meet their difficulties.
Issue: Political system theory is complex even for people without cognitive difficulties, so it is all the more important to include people with learning difficulties in the co-creation of an accessible training course on the subject.
Project objectives: To adapt the training material for people with greater disabilities and to train a co-instructor with a disability to deliver it.
Proposals for adjustments to the material:
– Teaching kit adapted for people with moderate to profound ID and therefore with greater difficulties in understanding and/or not having access to reading.
– Platform with FALC explanations on the Geneva votes;
– Training materials corresponding to the situations in the various French-speaking cantons.
– Educational content to train people concerned to become co-instructors themselves.
Results obtained :
– Updating of training booklets according to the first two training tests.
– Opening of a space on the ASA-HM FALC website to add the FALC translations of the Geneva votes and addition of the PwP of a vote.
– Creation of part of the training materials for the 4 French-speaking cantons (JU, VS, NE, VD) by finding 18 articles on current events and translation of the summaries into FALC.
– Production of 2 videos.
– Preparation for the training with the future co-instructor (distribution of theoretical presentations and animations, preparation with a scenario for the video that serves as a support for the training). The first training session conducted in pairs will take place in 4 times on November 30 and on December 7, 9 and 14, 2022.
→The actual training package will be developed later on the basis of the assessment made after this year-end training.

Through teamwork we learned what is really important for the people affected when it comes to learning about the Swiss political system: understanding the eco-system in which they live, becoming aware of their status as citizens and making the link between politics and current affairs. In the creation of adapted material, we discovered the importance of letting ourselves be guided by their questions, which were always very precise and which forced us to be as clear as possible in our explanations and the search for concrete examples linked to their life context (a working methodology based on numerous back and forth between the creation of content and the verification of its understanding). We also learned how much the people involved in the project feel valued by the place they are given as learners and/or co-instructors and develop their sense of personal competence. One of the two people involved, who participated in the project and learned the key concepts through the test phase (which was verified in individual interviews), wishes to continue her involvement in the work of ASA-HM by taking part in the further development of the project. The second, also trained in the concepts during the test phase, volunteered to become a co-instructor and to be the main interlocutor of the explanatory videos through several training sessions with the project leader.

To date, it seems useful to have feedback from several training courses to see if there are other needs for simplification, concrete examples, etc. Indeed, we have made several adjustments according to the request of some people, but a larger panel of opinions would enrich the training and guide the additional adjustments to be considered. It should be added that the examples of articles illustrating political powers will have to be modified according to the training courses as current events change very quickly. We would also like to disseminate the training in the various cantons of French-speaking Switzerland (content and pedagogical approach) and then evaluate its impact on the exercise of citizenship by individuals. 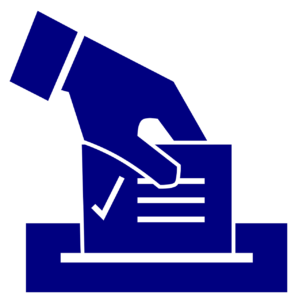