The HRF was founded as a result of the following observations: research in favor of people with disabilities was poor and the content of the teaching, as well as the methods used, were not sufficiently developed, which restricted the framework for people’s development. The desire was then to professionalize the examination of teaching methods and programs and also to develop research in favor of the theme of disability, despite the absence of an organization willing to support it. Indeed, the National Fund for Scientific Research does not support the kind of research needed by people with disabilities, accompanying persons and institutions.

The FRH was the fruit of preparatory work: as early as January 1978, the head of the Department of Specialized Education, Christian Ogay, regularly brought together a number of collaborators to study the responses to be given to the concerns of the consultative commissions; he gradually involved some twenty people, acting in a private capacity and representing parents’ associations and those responsible for the care of persons in a handicapped situation, as well as the academic world.

Thus was born the project of a foundation with the following characteristics:

The founding members, those who signed the foundation’s constitutive act, were 13 private personalities and 5 parents’ associations:

In its early days, this private foundation was administered by nine members (Bureau), auxquel∙le∙s has been joined by ten other members. The Foundation was keen to give itself an original vocation: to direct its research towards action in society, to see it lead to practical innovations and a progressive change in mentalities. Emphasis was placed on translating research results into the reality of the daily lives of people with disabilities, their families and the professionnel∙le∙s people who care for them. In this respect, direct collaboration with the professionnel∙le∙ss in the field was required, with the Foundation working to motivate them and involve them in the research. It was also expected to participate in the organization of courses, meetings and exchanges for practitioners, and to support parents’ associations in their role of informing the general public. In its early days, it benefited from an initial capital of thirteen thousand francs, allocated by the founders to the realization of the goals pursued. 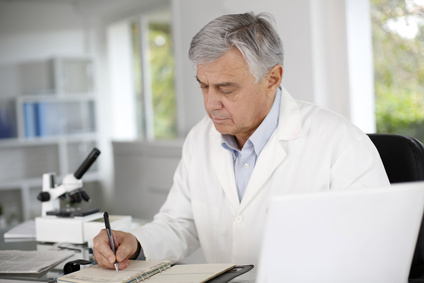 The FRH intends to develop its services in line with current developments in the field of research:  The 2007 OECD review of Switzerland’s educational research and development system highlighted the importance of “placing greater emphasis in the future on the needs of policy makers and practitioners in the field” and of “finding solutions at the institutional level to encourage dialogue between all stakeholders to agree on national research priorities, establish new funding mechanisms that better reflect a willingness to be responsive to societal expectations and to be accountable (…)” (OECD Report, 2007, p. 51). Institutions serving people with disabilities are calling for the development of practice-oriented research projects. People with disabilities and families ask to be involved in research projects.

For the FRH, the emphasis should therefore be on: networking and synergy: existing research resources; needs from the field and the people concerned; the development of a concerted approach between the various stakeholders in order to mobilise forces and resources as effectively as possible.

The FRH wished to carry out the following actions: creation of a website to publicise the FRH and enable it to achieve its objectives: networking of professionals interested in research; circulation of information concerning the needs and issues that may concern research in disability; proposal of research topics for students; provision of data relating to work in progress or completed.
Collaboration with an existing database to help feed it with information on: researchers and their research topics; research projects; research in progress, particularly in the field of special education. Organisation of conferences to disseminate the results of research work on disability, to question their impact on practitioners and/or families and to promote their use.
Enlargement of its committee to include representatives of organisations concerned by disability, whether professionals, people with disabilities or families.

The FRH has developed a powerful collaboration tool called Living Lab Handicap (LLH). Founded in collaboration with the HES-SO Valais and ASA Handicap-Mental (Geneva), the LLH aims to be an innovation platform, a network for co-creation and exchange, linking people with disabilities, scientists, companies and anyone interested in collaborating in the field of disability and co-developing new innovative solutions.