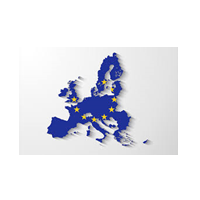 An intelligent interface for the rehabilitation environment

This project specifies and develops a new flexible and open interface method for systems to be used by disabled and elderly people to control their mobility and their environment. For these people the current situation is that they can only buy complete systems, from the sensors (headrest sensor, head optic pointing device, tongue sensor, joysticks, etc) to the effectors (wheelchair, artificial arm, domotic system, etc). This means that they are dependent on the producer and such systems are expensive as for each disability, the whole system has to be adapted. The M3S Multiple-Master- Multiple-Slave intelligent interface is meant to solve this problem.

In order to allow the interface to be optimally configured to the user’s needs, intelligence needs to be added to the system. The intelligence in the system comprises two parts:

To perform the high level task the interface is equipped to generate a sequence of output signals started by a simple command from the user. This enables the user to perform complicated tasks with little burden. The signal processing function ensures that the interface can be optimally configured to the needs of the user.

The Multiple-Master-Multiple-Slave concept has the advantage over many structures now used in the field that information can be send back to the user e.g. on the system status. The M3S architecture also facilitates the connection of different user interfaces to the network on different places in the system. In this way disabled and non-disabled people can have access to different parts of the system, such as a television or a VHS. After the functional specification of the interface and the analysis of the devices that are interfaced by the M3S system, existing or proposed bus standards (draft ISO 7176, CAN, D2B etc) have been evaluated for their use as the M3S bus and how this interfaces to the Home Bus Systems (HBS). Based on these analyses the M3S interface is specified. As the M3S specification deals with the interfacing of most commonly used input devices, end-effectors and homebusses, it can be used for future standardisation. Extending the use of the interface and formalizing it in a standard could be a TIDE main phase project. The interface has been implemented in two demonstration platforms:

A system with a PERMOBIL wheelchair, a MANUS manipulator, and a JAMES like environmental control system, which can be controlled by a Penny and Giles joystick and a headrest sensor, a head pointing device and a tongue switch.

A system with a SKWIRREL wheelchair of Huka, a MANUS manipulator, a JAMES like environmental control system, which can be controlled by a Penny and Giles joystick and a headrest sensor, a head pointing device and a tongue switch.

The two demonstration platforms will be tested on technical performance and safety and evaluated on functionality in a limited number of user trials. The major deliverable of the M3S project is a thoroughly prepared M3S interface specification, demonstrated and evaluated in two platforms, starting point for future standardisation.